The statues are painted, glazed and partly a third time fired with real gold.
Individual statues are decorated with Swarovski crystals.

Some sculptures are created using the ancient Japanese Raku technique. 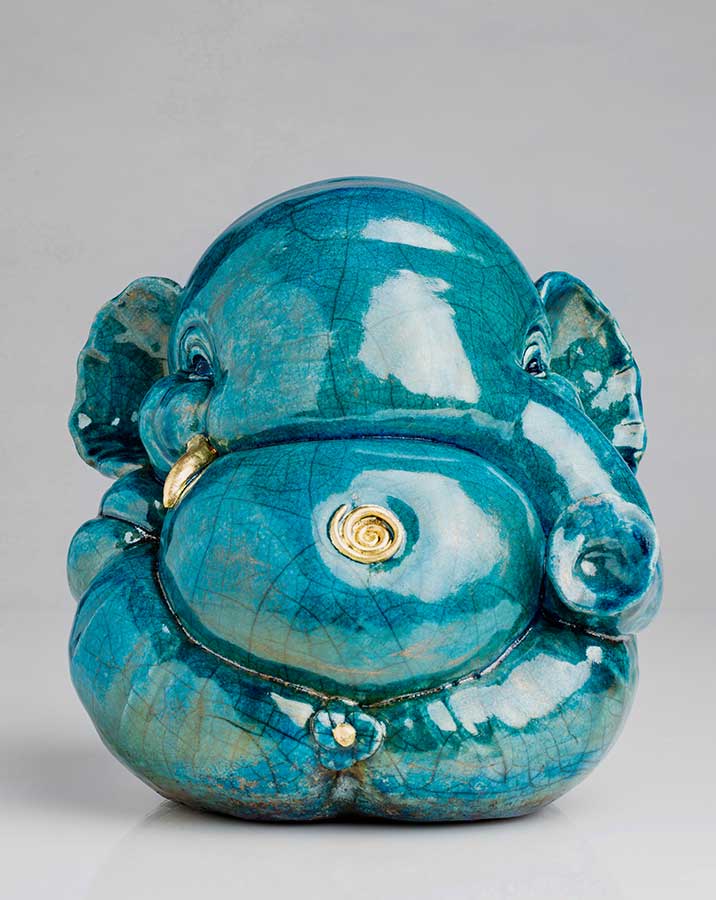 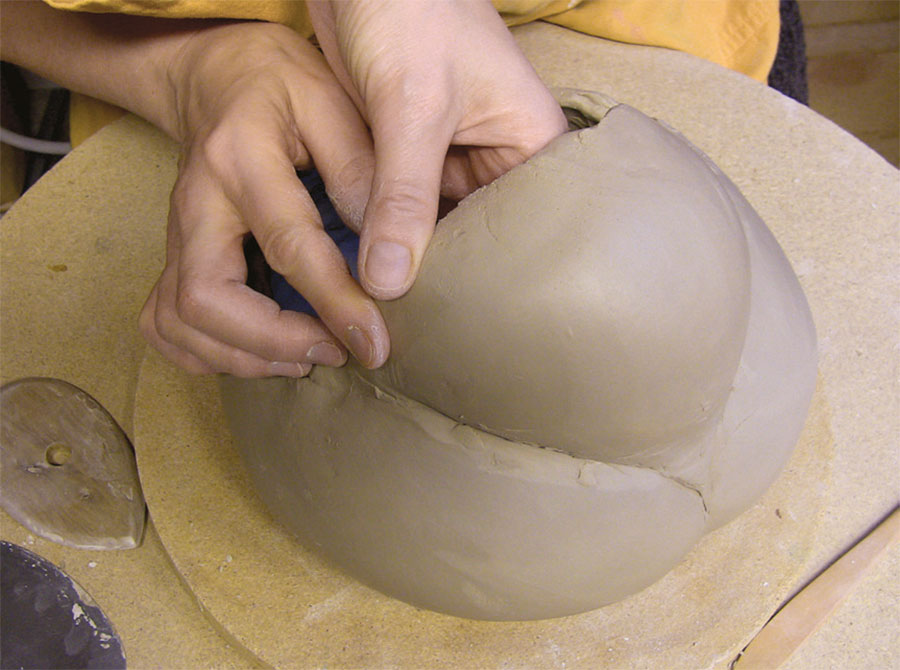 The Magic of RAKU

Raku (meaning ‘enjoyment’ or ‘ease’) is an ancient Japanese technique from the sixteenth century, which has been adopted and modi fed by contemporary potters worldwide since 1922.

The advent of Raku ware marked an important point in the historical development of Japanese ceramics, as it was the first ware to use a seal mark and the first to focus on close collaboration between potter and patron. It began in the sixteenth century and is closely connected to the Japanese Tea Ceremony (and its tea sets). The potter who created these special tea cups was awarded with a golden seal displaying the word RAKU, which was then passed down as the name from generation to generation. 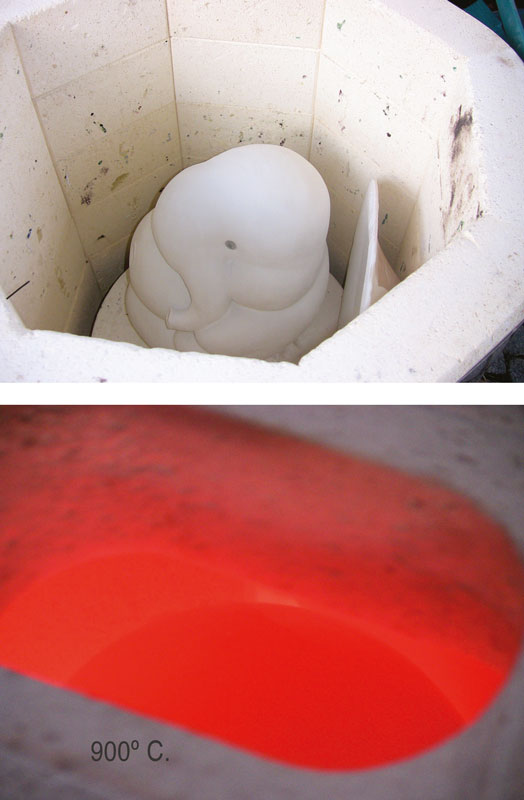 First I model the objects with a clay containing fine sand (stoneware) specially made to withstand the thermal shock after the second firing, when the gas-kiln temperature reaches up to one thousand degrees celsius and the object is then removed into the outside temperature.

This process comes after the normal, previous firing, after which the glazes are applied. The gas-kiln is opened when the objects are still glowing red hot. They’re removed with special tongs and then quickly sealed in a metal box containing sawdust, which catches fire from the heat of the objects. 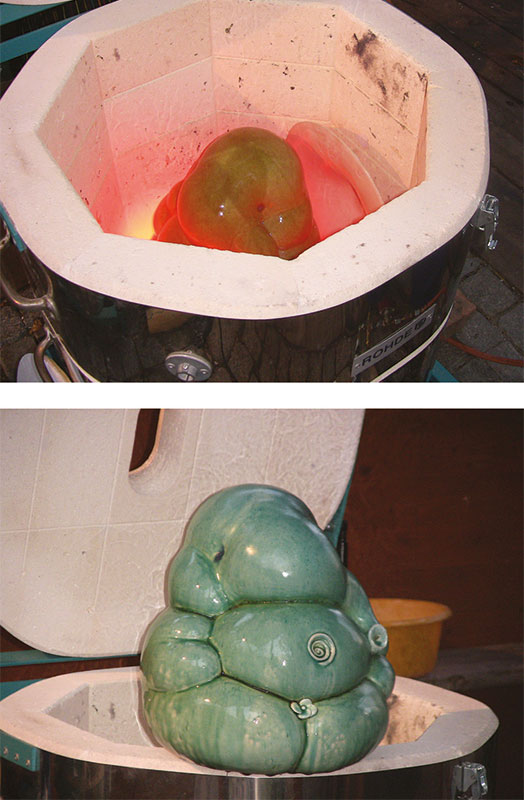 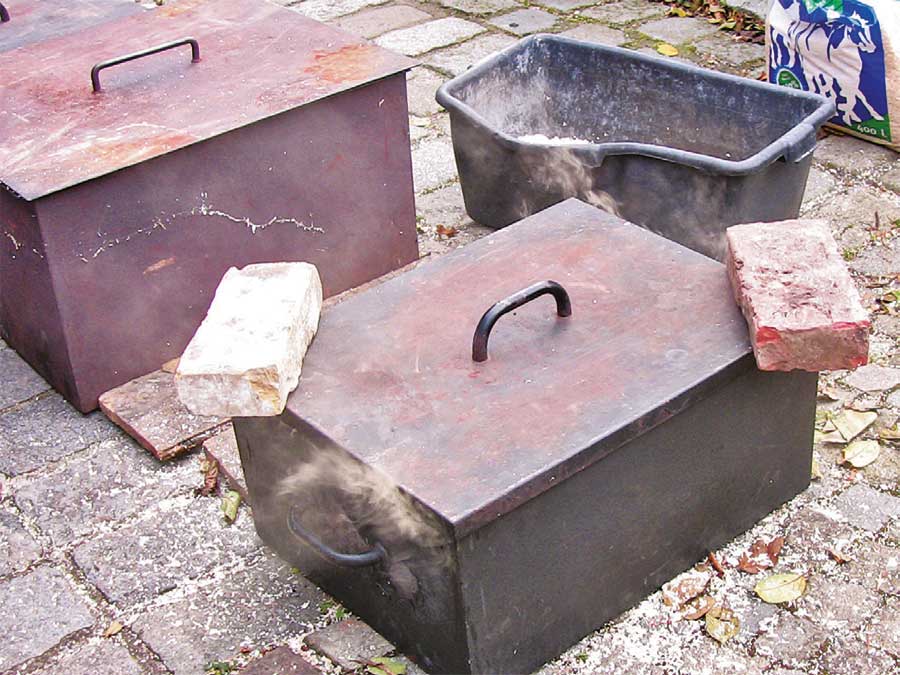 Fine crack lines, referred to in the West as ‘Craquelée’, appear all over the surface as a result of the thermal shock.

This part of the process is also meant to give the glazes special effects, as oxygen is pulled from them by the sawdust catching fire in the box (oxidation reduction).

The objects are then washed to remove the soot.

The parts without glaze, and the fine cracks, become dark grey or black from the smoke.

It is a magical process because only certain aspects can be controlled, and many beautiful surprises occur in the fire.
Each piece is one of a kind. 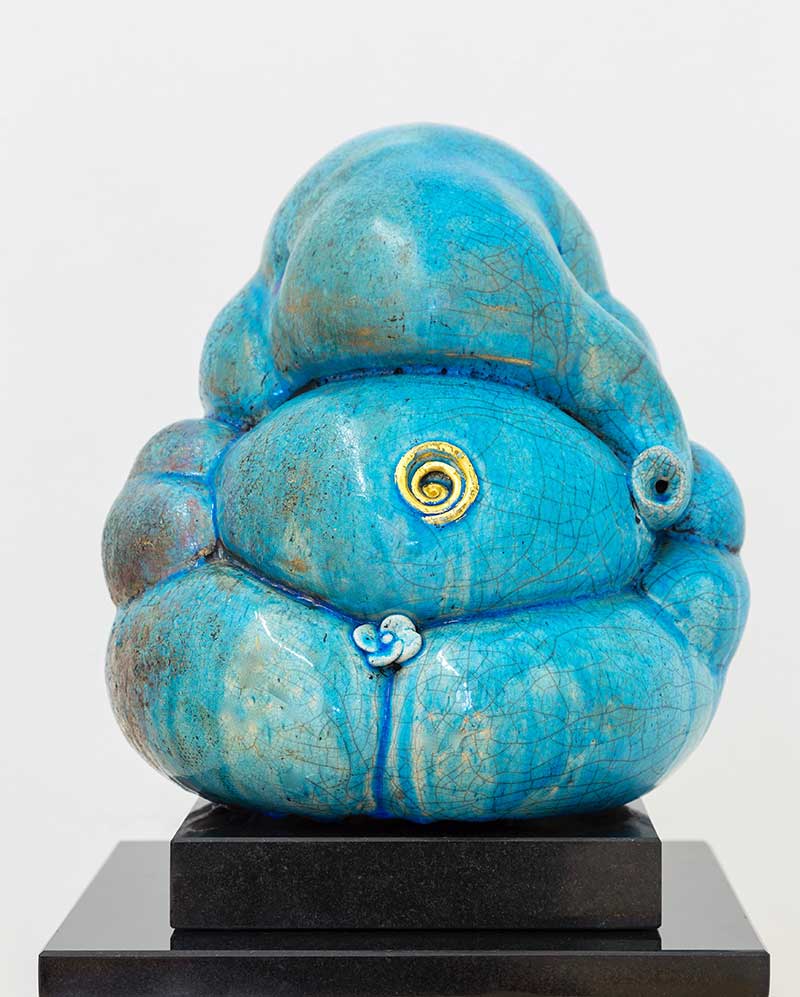